70 per cent target for TraceTogether app or token achieved 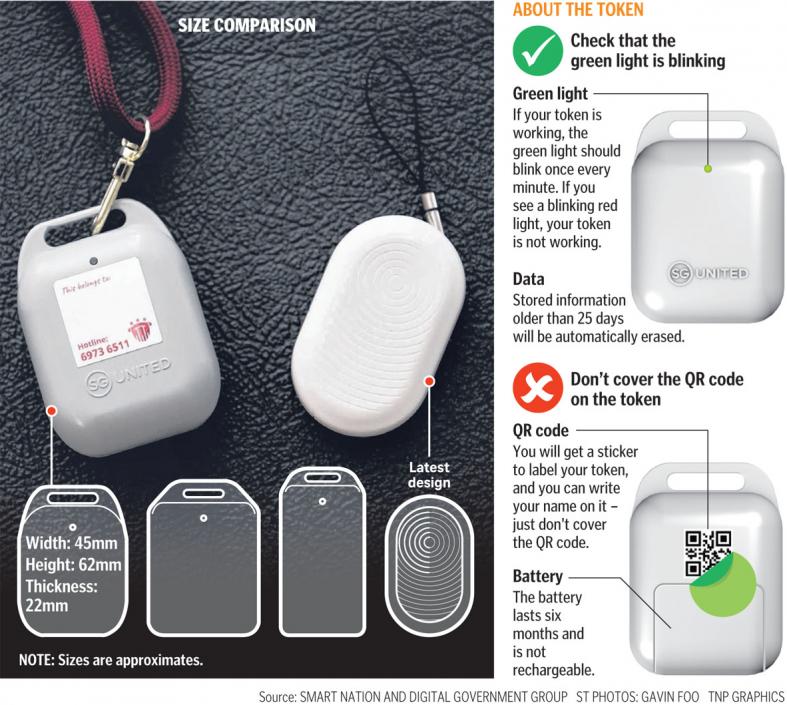 But TraceTogether-only SafeEntry will not be made mandatory until everyone has had the chance to collect the token or download the app, Minister-in-Charge of the Smart Nation Initiative Vivian Balakrishnan said yesterday.

Dr Balakrishnan, who is also Foreign Minister, said that as at Monday, there was 70 per cent participation in the national contact tracing programme, with more than 3.8 million users.

“There’s been more than two million people who have downloaded the app and have registered and are using it,” he told reporters on the sidelines of a token distribution exercise at Kampong Kembangan Community Club in Eunos.

“In addition, since Sept 14, when we started the distribution of the TraceTogether tokens, we have distributed so far about 1.75 million tokens,” he added.

Phase three will kick in next Monday when, among other things, capacity limits in public places like malls, attractions and places of worship will be eased.

SafeEntry is now mandated at all these places, but when everyone has had the chance to obtain the TraceTogether token or download the app by early next year, these must be used instead. The app includes a function to scan SafeEntry QR codes, while the tokens sport a QR code with a similar function.

Yesterday, Dr Balakrishnan said schools will be distributing the tokens to students so they will be able to participate in contact tracing, and to avoid a rush for the tokens.

The Smart Nation and Digital Government Group said more details on this will be shared later, and students do not need to have tokens when school reopens next year.

“We will also be distributing tokens through the schools… Those of you with children or students, don’t worry. You don’t need to rush down to the community clubs. You can also collect a token in school in due time,” said Dr Balakrishnan.

The free tokens have been distributed since September in community centres/clubs (CCs).

Since late October, they have been distributed one constituency at a time to prevent long queues from forming.

This proximity data, which is encrypted and stored for 25 days before being automatically deleted, allows for quick contact tracing.

Dr Balakrishnan said while there may be four different designs of the tokens being distributed, they all work the same way.